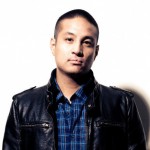 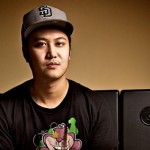 DJ Euphoric is known for her unique mix of today’s hits and old favorites as well as, her ability to create multiple mixes from a blend of genres. If you can imagine being at a party/lounge/club dancing to Swedish House Mafia and then the next minute you’re dancing and singing R-E-S-P-E-C-T, find out what it means to me, then you have had the pleasure of being in the mix with DJ Euphoric. No matter what she’s playing, it’s intended to make you feel good!

DJ Euphoric is an East coast transplant, which attributes her style to heavy influences of; soul, oldies, and classic sounds. She moved to Los Angeles in 2006 and has been moving, literally and figuratively, ever since then. After moving to L.A and working in Events Management & Public Relations, she decided to invest in herself. Working by day and taking an introductory DJ course at night. Furthermore, having already been familiar with soundboards from having taught herself at a young age she quickly picked up the basics and has been sharing her sound ever since.

Ultimately, her signature sound covers her love of music from genres of; Hip-Hop, 50-70â€™s Classics, R&B, Electro, Trap, Trip-Hop, Trance & House. Euphorica’s love for such a broad range of sounds, allows her to easily play for any crowd.  The innate ability to read a crowd is what has now propelled what was once a hobby, into a full-fledged career. She has been featured in film, radio shows, reality shows.